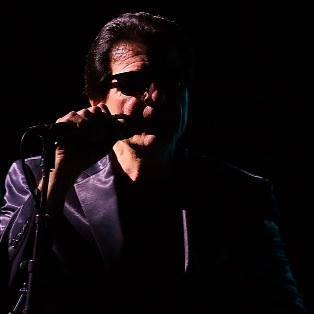 Mike is a singer, songwriter and musician who has been performing in the NY/NJ/PA area for over 50 years. A vocalist who plays keyboards and drums, Mike was signed to ABC Dunhill records at 15 years old after playing the Cafe Wha? in NYC in 1967. From that point he performed as a lead vocalist and either drummer, or keyboardist  in a variety of local bands in the club circuit. Performing 5 to 6 nights a week playing Pop, Progressive, Jazz, R&B, Funk and his own Original Compositions, led him to more studio experience at Private Stock Records in the 70’s.

Mike’s love for the music of the artists featured in the GOOD STUFF repertoire is one of the reasons he formed the band. His vocal style can be heard in the artists he emulates and admires. He has been touted as the signature Donald Fagen vocalist for the past 26 years by fans of his many Steely Dan tribute performances.

Mike has performed at the Berks Jazz Fest for many years, Trump Marina Shell Theater, The China Club, Bethlehem Musikfest and Musikfest Cafe, Scranton Jazz Fest, McLoone’s Supper Club, Roy’s Hall, Gerald Veasley’s Jazz Base, The River Street Jazz Cafe, Trumpets Jazz Club and many other popular venues. He has done voice demos for B.J. Thomas, Steve Tyrell, Regis Philbin, and Allan Schwartzberg. Mike is also a published writer who wrote lyrics and melody for “A Question Of  Time” by B.J. Thomas from the album “Once I Loved” and “Manhattan Blue” for Rich Cecere’e Big Band.

Mike has always set high standards for himself for both his live and recorded performances and gives his all to the audience. He  is now delighted to be working with GOOD STUFF and the outstanding session players who add their own unique skills and personality to some of the most influential music of our time. 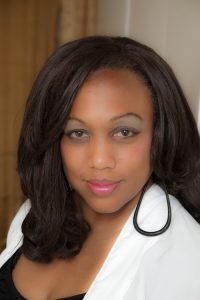 Deanna is a talented singer whose vocal prowess ranges from classic standards to today’s dance music. She honed her powerful vocal and performance skills while working with top New York Tri-State area Entertainment companies and bands. She is continually sought after for live and studio work. Her recorded works include background vocals for British artist, Joss Stone, SoHo Electric/UK (featured artist), and backing vocals for Jazz Saxophonist Paula Atherton. In addition, she has performed on the Tonight Show, The View, Good Morning America and at the Nassau Coliseum as the featured backing vocalist for recording artist, Vitamin C. She has lent her voice to jingles for Honda, Power Outlet, and Lifetime Television, among others.

Deanna also earned a feature spot on the Morning Show and the cover of Inside Connection Magazine as the front to the Soul Country band, GEORGE. Deanna adds the element of style, soul and skill that is required for the music covered in GOOD STUFF and we are both lucky and grateful to have her incredible talent as an integral part of the show. 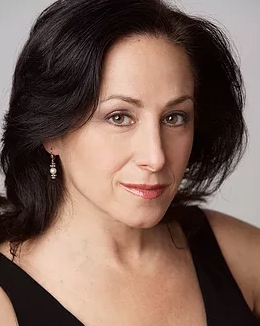 CAROLEE GOODGOLD is a session singer and voiceover artist.  She can be heard both singing and speaking on countless commercials for Cingular, Cheerios, and Verizon and many more.  She has performed and recorded with Larry Gatlin, Cher, Carly Simon,  Keely Smith, Sandi Patty,  Rosanne Cash, The Chieftains, and Marie Osmond, to name a few. As an actress she’s starred in “Opa” and was nominated for “Best Actress in a Musical.” Carolee has also been a director and musical director for many corporate shows.  Carolee made her debut with GOOD STUFF at the Cutting Room in NYC in 2021. She is an amazing vocalist and an absolute pleasure to work with. 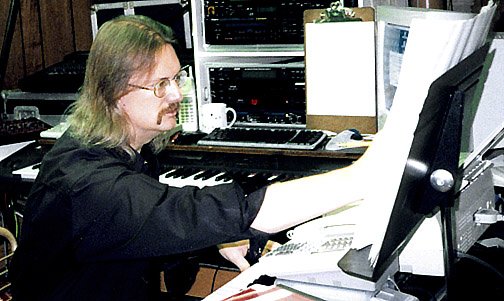 Thursday nights he plays and sings jazz and Neapolitan love songs, from Sinatra to Metallica, at a local Italian restaurant piano bar and between occasional daytime studio recordings and highly personalized private lessons he’s forever learning and loading more music onto a tablet for the next gig. Axel is a master musician who can not only play anything on the written page, but can improvise through any complex material. He is an amazing musician and composer who is constantly expanding his musical boundaries. 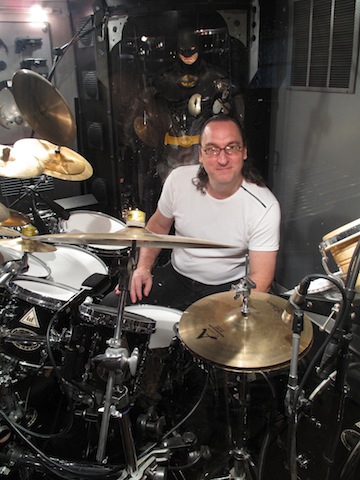 Jay is a virtuoso drummer and percussionist. He is also a composer who can write with complexity and beauty.  As a producer there are few who can compare with his knowledge and technique. Jay is also a sound designer for various drum and synthesizer companies with a lifetime Zildjian endorsement.  He is an arranger who listens carefully and knows instinctively how music sounds best.  Jay plays a variety of musical instruments and styles from rock, progressive, classical and jazz. He is a high-tech engineer who is always on the cutting edge with ideas for the band.

Jay also wrote and performed a brilliant original music score for the 1931 film version of Frankenstein. Jay is an outstanding musician.  His heart and soul is in every project he is involved with. The best of the best! 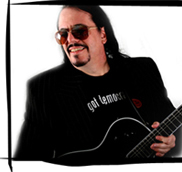 Don has been a staple in the NY area session and live music scene for quite a while.  He has been playing and teaching guitar for the past  35 years. He attended Fairleigh Dickinson University and the Manhattan School of music. Don studied Classical guitar with Manuel Barrueco and Rolando Valdes Blaine. He studied Jazz guitar with legend John Abercrombie and childhood mentor Mike Pompeo.

Don has provided musical compositions for such cable TV shows as Giants Today.  He has played with such musical acts as Arctic Dreams ( original -jazz fusion ) and New Power Soul (cabaret band). Don has recorded and toured with Fridays Child (original- power acoustic ), with the release of “Democracy” and many other acts. Don has had many students who have gone on to tour to play with major acts. Tom Morello, various Frank Zappa alumni , Sean Lennon (The Ghost Of A Saber Tooth Tiger), The Bernie Worrell orchestra and The Hansons most notable.

We call him “Steely Don” because of his great renditions of those classic guitar solos.  Don is also a huge fan of the other artists we cover in GOOD STUFF.  He can write a chart for any of the more complex material we cover. He is a master player and teacher who brings the element of soul and finesse to everything he plays. 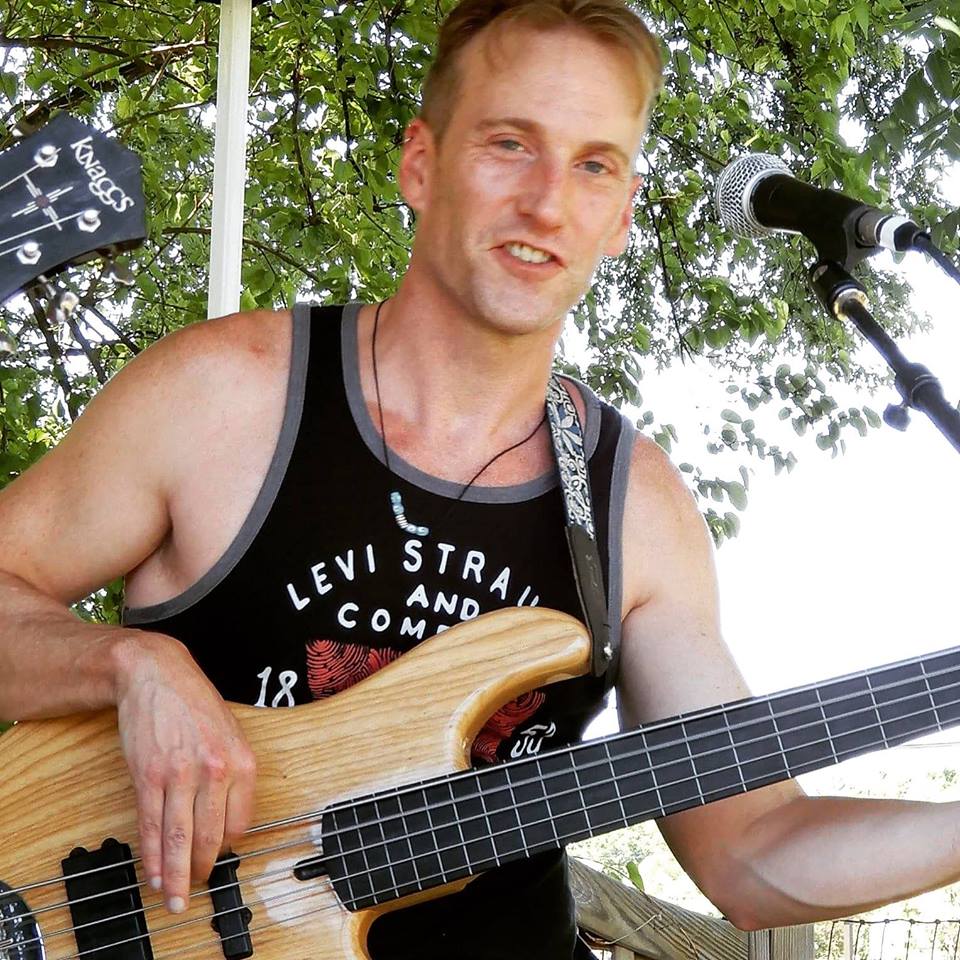 Scott plays bass guitar and attended NYU as a jazz performance major. He  also studied under John Patitucci, who recommended him to Mercury Records for touring with the pop group Hanson. That tour included 5 performances on Late Night with David Letterman and the 1998 Grammy Awards.

Scott also spent four years touring with the Bernie Worrell Orchestra.  He has also performed with The Shirelles, Glen Velez, Rah Diggah and Jimmy Destri from Blondie. Scott is always looking to expand his musical horizons and loves taking on the challenges of any complex musical situations. He is our youngest member and an incredible player with a solid foundation in many genres of music, which makes him the perfect fit for GOOD STUFF. 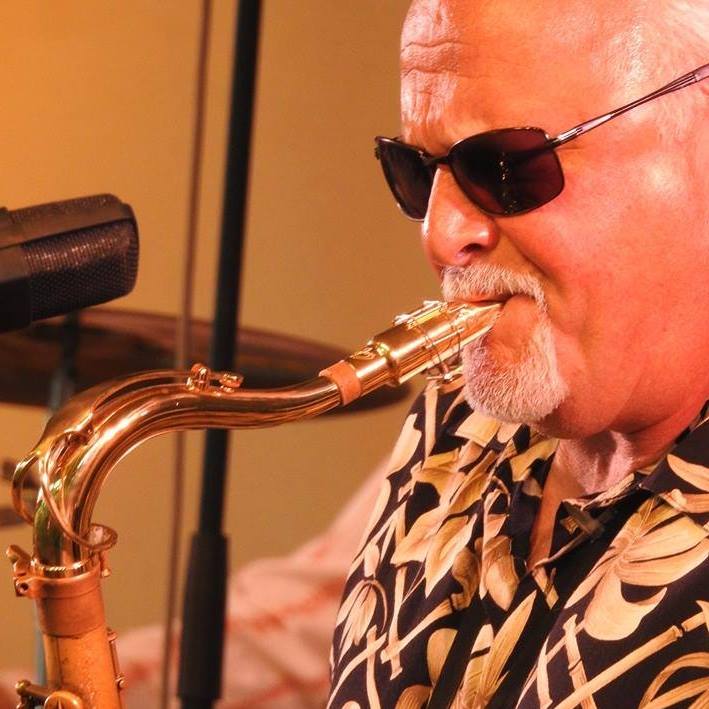 Phil is an accomplished player of the saxophone and woodwinds.  Tenor, alto and soprano saxophones and flute are his specialty. Phil studied embouchure, sax and flute, with Charles Librizzi. Phil is a first call session player who can multi track multiple sax parts with beautiful tonality, texture and perfect pitch. He has an awesome sense of rhythm and is a master of technique and style. Phil brings a rich tone to his solos and he is our one man horn section. Always ready to explore any improvisational situation, Phil brings GOOD STUFF a big sound and melodic feel.

Phil is a long time player who has worked with The Platters, has performed at Carnegie Hall & Philharmonic Hall Concerts, worked with Chuck Berry, Bo Diddley, The Duprees, The Impalas and sessions with The E Street Band and Asbury Jukes musicians. You can Phil’s work on jingles for the clients Coca Cola, Hallmark and Jordache Jeans. Phil is always striving for perfection and is a big fan of the artists we are covering in GOOD STUFF. 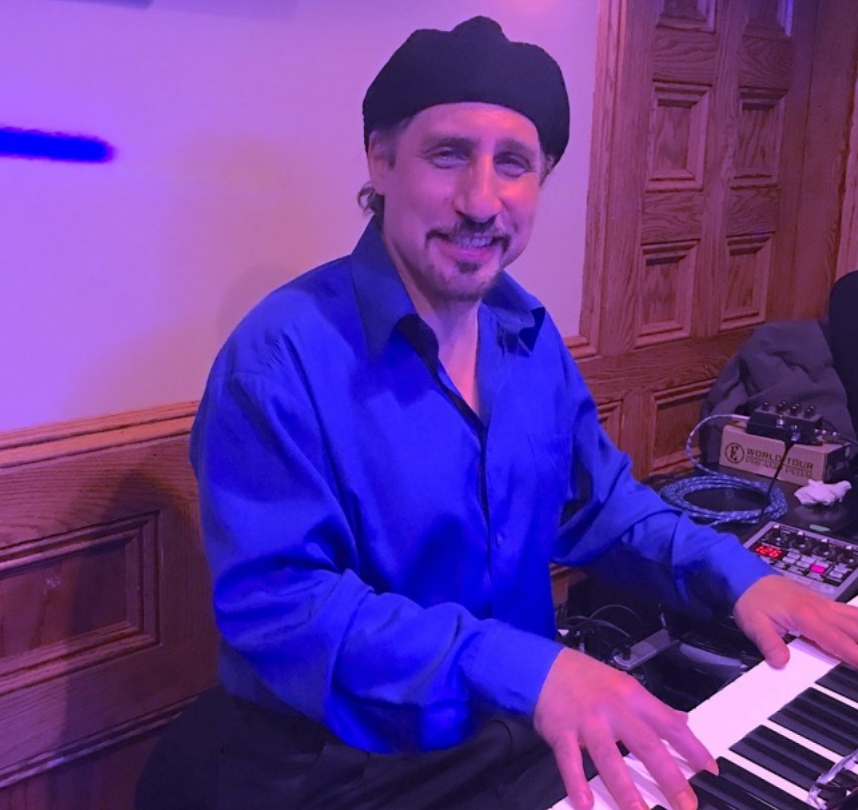 Gary graduated the famed William Patterson University with a B. A. in Jazz studies. He studied under Thad Jones ( mentor and teacher, co leader of the Thad Jones Mel Lewis Orchestra) and with other great pianist such as  Sir Roland Hanna, Hank Jones, Barry Harris , Walter Norris and Gary Kirkpatrick.

After a short tour with Ray, Goodman and Brown in 1988 he joined Gerald  Alston’s (lead singer of The Manhattans) band for his solo tour in 1989 where he did a British Isles tour with Natalie Cole and a 6-week  European tour with Whitney Houston. Gary then toured Japan , Jamaica and The U.S.

In 1993 The Manhattans reformed  and Gary went right along with them, touring South Africa in 1996 and 1998, which produced a live performance gold CD from the 1996 tour.  Gary received an award for the recording going gold In South Africa. He has performed at Madison Square Garden, BB Kings club, the Apollo Theater, and Radio City Music Hall.

Gary currently plays in the New Jersey area and can still be seen on the PBS special “My Music: “Soul of the 70s”, where he conducted the orchestra  for The Manhattans performance of “You are My Shining Star”.

He continues to write, produce, record, mix audio and perform in The New York  Metropolitan area and is indeed a welcome addition to GOOD STUFF. 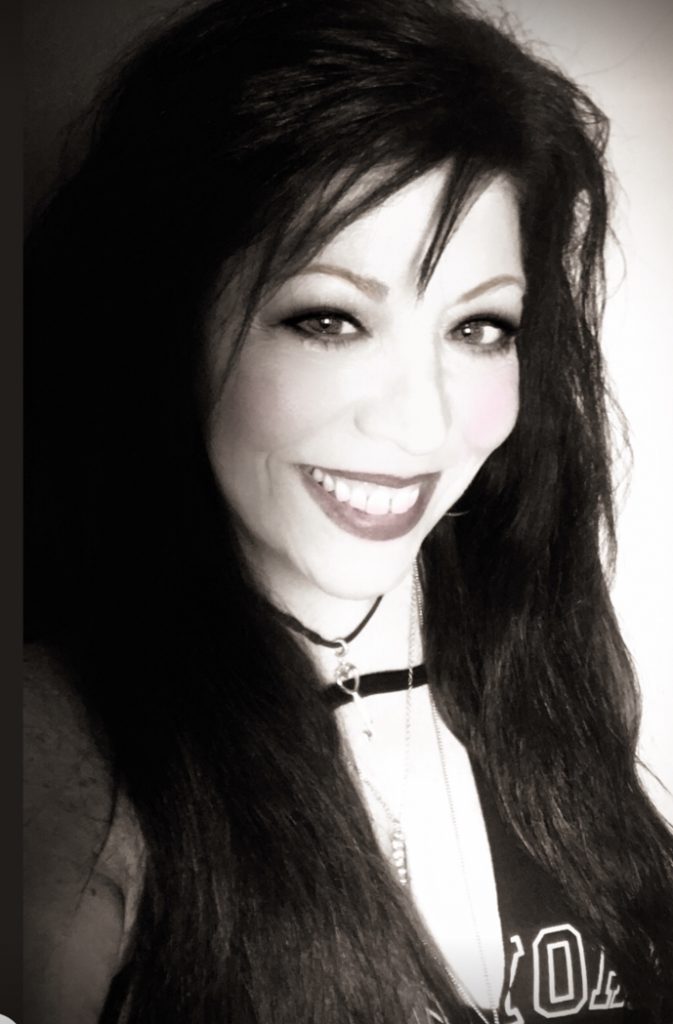 Linda is one of New Jersey’s most versatile and sought after vocalists. She has the chops to perform her craft effortlessly night after night. This accomplished power house has entertained audiences in and around the Tri-State area with a long list of credits.  She has performed at venues such as B.B. Kings, The Bitter End, The Knitting Factory, LePoisson Rouge, The Chance Theater, Harrah’s, Sands, Tropicana, Borgata, Mohegan Sun, Empire City Casinos, and notable NJ’s own Wonder Bar, Stone Pony, Martell’s, Joe Pops, Jenks, and Whiskey Bar to name a few.

Linda has shared the stage with the popular oldies group The Five Satins as a background singer. She has performed with the ultimate Clapton Band, The Bell Bottom Blues.  Linda also performs with DONNY & The DIVAS, Everybody’s Everything, Rock Steady, NJ’s Best Rock Show and is excited to be a part of the GOOD STUFF Band. She enjoys free lancing throughout New Jersey, Pennsylvania, Connecticut and New York.